Relaxation of the upper body 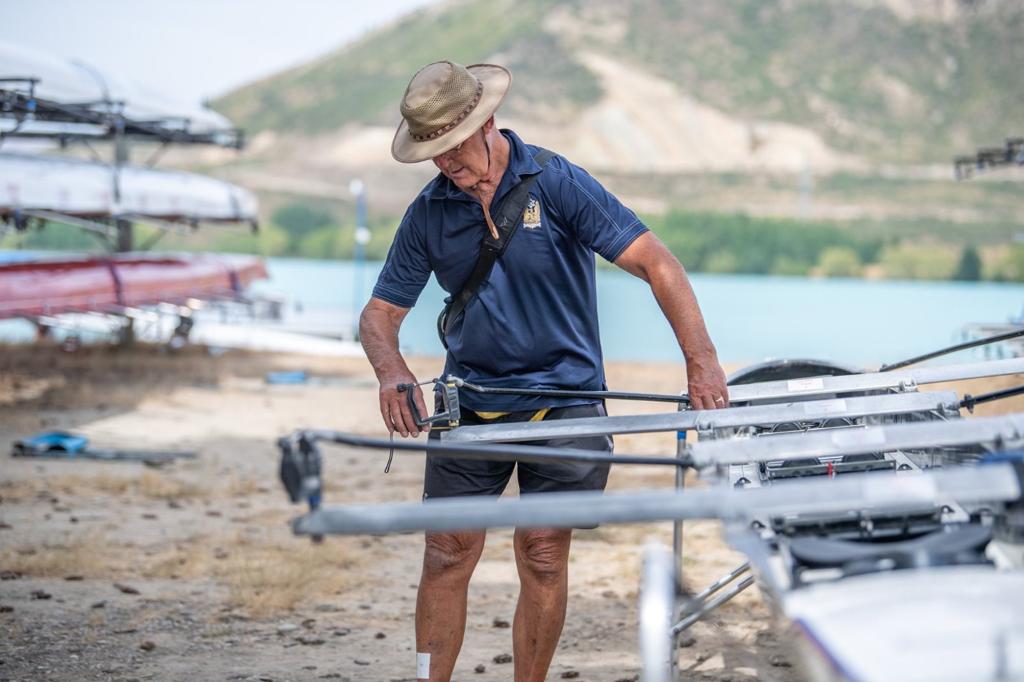 Harry’s movement, it’s a feeling motion; it’s not a power. There is power involved in the leg drive, leg, body, arms. But it’s that relaxation. And it comes from the flow of the hands, which go out at the same speed they come in to the body, and they flow and the pivot… the body pivots to the length that you’re going. And there’s an upward movement in the hand, there’s no tension in the hand. And you can just… can just push away off the toes, or even onto the heels.

And it’s an even acceleration, and there’s no stopping of the boat, and it’s just k-chonk, and just catching the peg, pushing past.

And if you, if you get the right sync, synchronization of the placement, catching it as you’re coming forward, and it’s onto the feet, it’s light at the catch, there’s no heaviness – if it’s heavy, you’re taking it with the upper body; if it’s just right, it feels, not effortlessly, but it feels a lot lighter and you can go for miles doing it.

And so it’s it’s, it’s… power’s involved. And I believe that once you get that movement, then if you want to go faster, then all you need to do is build your strength, because then the more strength you have, you’re able to apply on that movement on that drive.

Harry’s stroke, the rowing stroke, is something that is interesting because I’ve been working towards it for years now and I’ve had different coaches come in at different angles and I’ve learnt so much. But I think it’s very… it’s what a lot of coaches are going for now, and that’s… the key thing is relaxation of the upper body.

The faster the boat, the quicker the entry

The other key point is that, you know, you’re one third of the time in the water roughly and two thirds out. Most crews are pretty effective on that third in the water but not so good on that two thirds out, and the boat is still moving to its fastest movement till you’re out over the shins, you know, with the hands bringing it. And if you get that right, that can make the difference between crews because they just continue.

You’ll see a crew that’s doing it well; it looks as though they’re doing 34 strokes and they could be down at… up at 38 plus. And they’ve just got the ratio right, and they’ve got that timing around the finish… and the boat, they’re in sync with the boat, in other words, and that’s the key thing – it’s the feeling.

And where does rating come from? It comes from the speed off the legs, it’s not… the upper body, the upper body just takes it. But it’s just ‘choo’.

So in an eight, like the British eight in 2000, which I’ve used many times now as a model for younger crews and that, it’s the speed that they connected. And it wasn’t harsh, it was just speed and you could just see it. And they weren’t overreaching, they were at their proper length. And they just took it there and the blade was there and it was gone.

And whereas you’ve come down to a four, it’s a bit slower and then come down to a pair it’s even slower again. And some people can’t adapt to those different speeds, depending, you know. Some people are very good in the pair and not so good in an eight because they’re not quick enough in their reactions and that.

Then you’ll see a crew that’s coached by Mike Spracklen, who incidentally holds the fastest eight record time in the world.

Because Mike Spracklen will tell you there’s 3 things that make a boat move: that’s the length of the stroke – the longer you’re in the water, the faster you go; the more power you generate on that long stroke, secondly; and rating, that’s the third thing. And you can’t rate 50 all the way down, so you’ve got to bring it into sync.

And but his blade… his coaching in bladework is second to none. And I just probably think their crews are a bit harsher than what Harry would coach, you know, around the front and that, and towards the finish, but of equal results, you know. 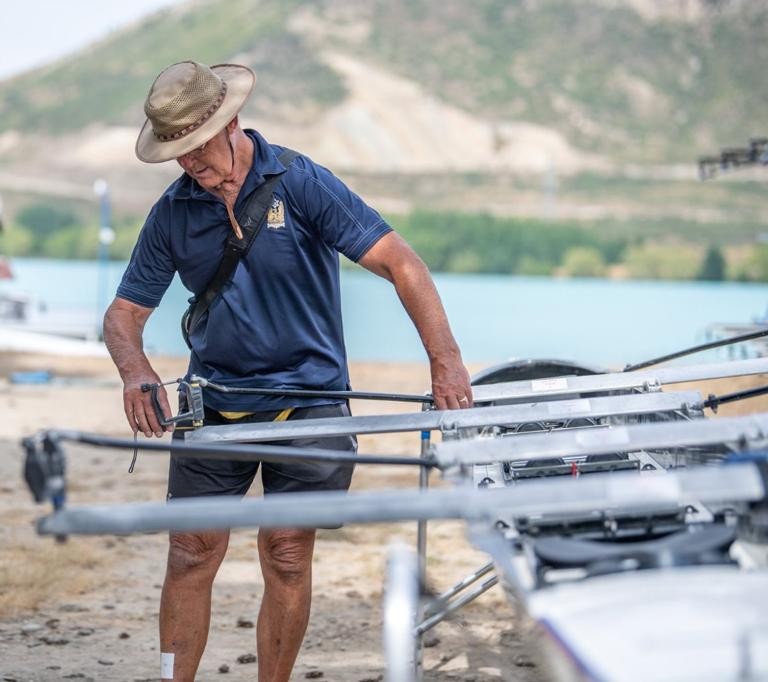 Just float up to the catch 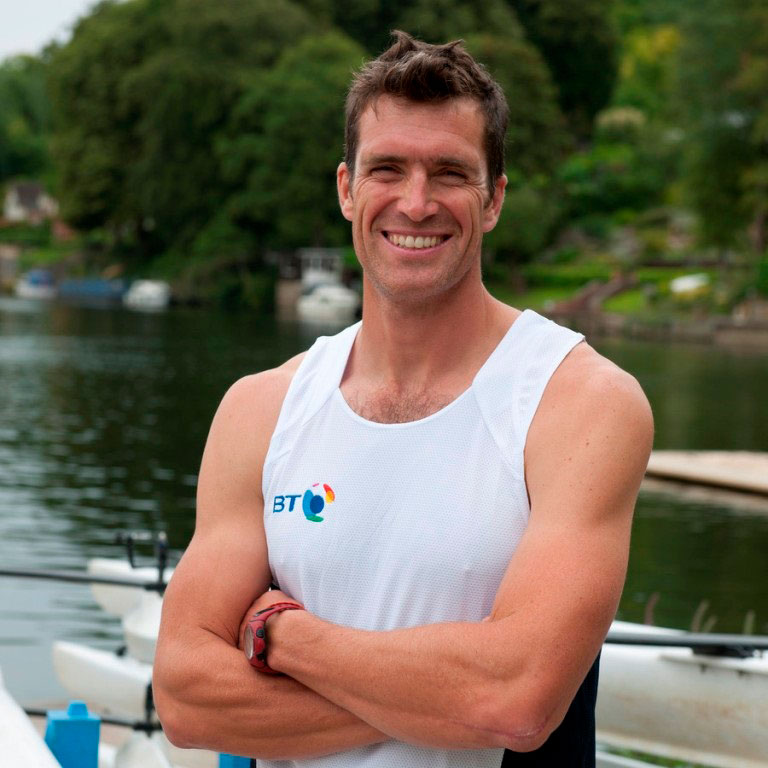 Moving in sympathy with the boat